1985 was a tough year, my life changed a lot.  For a start I was skint, I went from fully qualified Electrician to Junior Engineer which meant that as well as taking a pay cut my overtime stopped and as I was now 30 miles up the road any private work that may have come my way dried up.  I knew when we brought the house that there was a bit of work to do, but I, and incidentally the surveyor, thought it was mainly cosmetic.  What I hadn’t bargained for was having to replace the roof and the huge bay window immediately.  “You won’t make through another winter if you want to stay dry” said the builder as he sucked in his teeth, I managed to get a bit of a renovation grant from the local council, but I had to get a bank loan as well.  Add to that a bigger mortgage that I was paying by myself, talk about a perfect storm.  I needed to rent a couple of the rooms out just to keep my head above the water that was coming in the roof.  I settled down to make it habitable, not just campable as quickly as possible.

I didn’t have much money (or much time) for going out and exploring, but I didn’t want to be a complete hermit, so I took to going to one of the local pubs for a couple of pints at the end of the work week, and soon ended up meeting a couple of really good friends.  I was roped into playing football on Sunday mornings, still the same issues with rounding up players, but I didn’t know where anyone lived so it wasn’t me doing it, what bliss.  Anyway, I’m sure the neighbours were very grateful for a short respite from all the banging, drilling and sawing.

We had two family weddings, I had the privilege to escort my sister down the aisle, at the time we did say “I gave her away”, but I have always thought it was odd phrase and never liked it, it comes from a time when women were considered their father’s chattel until they got married and their ownership was transferred to the husband in return for a dowry.  What?  We are passed that now, aren’t we?  Mum got married again – I wore the same suit!  Different shirt and tie, but definitely the same suit, I said I was skint. 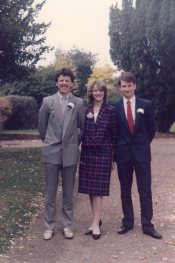 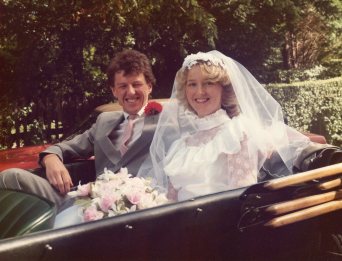 My musical tastes were becoming more eclectic again, gig of the year was Springsteen at Wembley Stadium, The Born in the USA Tour with Clarence Clemons being brilliant in his white jumpsuit, the only minor disappointment, they didn’t play Jungleland. And the track of the year Move Me – Woodentops which I had picked up from the John Peel show. I was listening to a lot of evening radio while I did the quieter renovations to the house.

Event of the year is without a doubt the Live Aid concerts that raised over 50 million for famine relief in Ethiopia. Route 66 is officially decommissioned, BT announces its phasing out iconic red telephone boxes and Vodafone launch the UK.’s 1st cellular mobile phone network. The broadcast of The House of Lords debate starts, Clive Sinclair can be seen, for a few months only, in a C5. 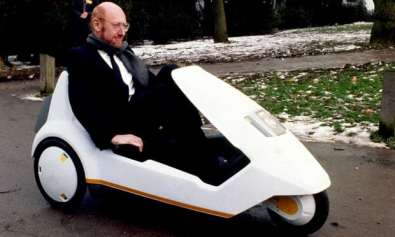 It was a bad year for football; there are riots at Luton and Birmingham and the Valley Parade (Bradford) Fire, the Heysel Stadium (Brussels) disaster both occur, Rainbow Warrior is bombed and sunk in Auckland Harbour by the French Secret Service, while the wreck of the Titanic and the ozone hole are located. Aspen, Colorado bans smoking in restaurants. Coca-Cola messes with it recipe then reverts to the original after public outcry.

Nelson Mandela rejects an offer of conditional release as too restrictive, there are further riots in Brixton, following a shooting by the Metropolitan police, Handsworth and Tottenham. Bernie Grant becomes the 1st black council leader in the UK. There was a lot of plane crashes, 1985, remains 1 of the deadliest years in aviation history.

Microsoft launches Windows, Nintendo releases its first home video game console, The Discovery Channel hits the screens. The 1st episodes of EastEnders and Neighbours are broadcast in their respective countries, Amadeus won Best Picture at the Oscars, Back to the Future is released and “bloody hell” Norway win the Eurovision Song contest. Jeanette Winterson’s novel Oranges Are Not the Only Fruit is published and Gary Kasparov becomes world chess champion.