By the time I left school in June 1975, Wilton Secondary Modern School had merged (in 1973) with Bletchley Grammar School and become Lord Grey Comprehensive School. Having picked up chickenpox on a youth club trip to the Welsh borders and Offa’s Dyke, I’d missed some exams but ended up with a handful of CSEs, some O level’s and a table, I’ve still got the table!

It was time to move on and get a trade, “you will always have something to fall back on”.  After persuading the careers officer that I wouldn’t apply for an apprenticeship in Wolverton (Railway) Works (this should upset us all and annoy everybody trying to get into the job market now) I applied for 2 jobs and got them both.  I plumped for an electrical apprenticeship with East Midlands Electricity Board, largely because (I thought) I knew a bit about it, my uncle worked for them.  It was site-based and more easily transferable, it also had the added advantage of having to go away for the first year.  I spent the summer sanding and varnishing pine furniture on the now closed chicken farm and at the weekends scoring for one of the local cricket teams.  Then on 01 September 1975 I started work, well training school.  There were 60 of us 16 year olds scattered around Nottingham in various digs.

Some of the digs were of course better than others and it quickly became obvious that Mr and Mrs Widget (not their real name) hated every second they had to converse with the youth that (by their choice) infested their house, they had crammed eight or ten of us in and turned the TV off at precisely 10:30 no matter what we were in the middle of watching or how much we complained.  An evening meal was provided, and we had complained several times about the amount of food received, this finally seemed to have been resolved when as he served dinner one evening Mr Widget asked if we would like one slice of beans on toast or two?  Having chosen the two slice option, we were only a little surprised to receive the two pieces of toast one on top of the other with the same meagre amount of beans on top of the second.  Shortly after that, in a move clearly designed to give the welfare manager a quieter life, I was moved out and immediately realised we should have been complaining about more than the quantity of food…

Musically, I was listening to the big “prog rock” anthems on tinny cassette players 1975’s track is Kashmir by Led Zeppelin from Physical Graffiti 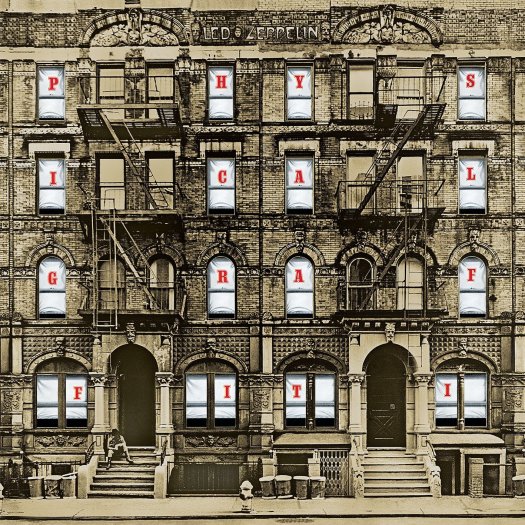 The Sex Discrimination Act comes into force in the UK, 1975 is declared international year of the woman and International women’s day is inaugurated.  The UK votes yes to staying in the EU, but work on the British end of the channel tunnel stops.  There is a major tube crash at Moorgate, coalminers agreed a 35% pay rise with the government and there was sieges at the Spaghetti House and Balcombe Street.

The G6 of industrialised nations is formed and the Americans and Russians are talking to each other – in space, at least when Apollo and Soyuz spacecrafts dock, but we are not talking to Iceland as the third Cod War starts.  Gerald Ford survived two assassination attempts.  The computer revolution gets started with the release of the Altair 8800 and the founding of Microsoft.  Space Mountain/Magic Kingdom opens at Walt Disney World in Florida.

It is a time of flux in music; Queen release Bohemian Rhapsody, Keith Jarrett (jazz pianist) records The Köln Concert, which becomes the bestselling piano recording in history and the Sex Pistols play their first gig.  Lulu and Maurice Gibb divorce, (see 1969 I don’t remember that either!).  At the pictures; Monty Python and the Holy Grail, Jaws, Rocky Horror Picture Show are released while Fawlty Towers and Saturday Night Live hit the small screen in the UK and USA respectively.  Charlie Chaplin is knighted and Rembrandt’s painting The Night Watch is vandalised.

Mohammed Ali defends his world heavyweight title in the Thrilla in Manila, I remember Don Kings hair more than the fight.  It was not a good year for sport in the UK; racing driver Graham Hill died in a plane crash, the cricket pitch at Headingley is vandalised (by the George Davis is Innocent campaign) and football is more often in the news for hooliganism than for football.  Meanwhile Dougal Haston and Doug Scott became the first Brit’s to climb Mount Everest.