Radio Caroline stopped broadcasting to the UK in early March 1968 and the days of the Pirate radio ships were over.  The biggest change that had on my life was it meant the end of the random desserts after Sunday lunch.  Dessert, or pudding to give it it’s correct 1960’s name, was never a big thing in our house, but there was always one after Sunday lunch and it was always canned fruit with evaporated milk.  A can of tinned fruit and evaporated milk every week doesn’t sound very random, and it’s not, the randomness comes from not knowing what type of fruit was in the tin in until after it was opened.

Cash Casino was a postal competition on Radio Caroline with for the time pretty big prizes, you had to identify an object or personality from clues given out – over the pirate airwaves – daily and when you sent in your entry it had to be accompanied by a proof of purchase from 1 of the sponsors products.  The proof of purchase my mum chose to use was the labels from tins of canned fruit, consequently we had a cupboard full of tins without any labels on.  Oh there were people who claimed to be able to tell what was in the tin by shacking it but they were wrong as often as they were right and we ended up with pears when we wanted peaches.  I never wanted pears, I did learn to cope with fruit salad, but let’s face it the fruit salad was a tin full of bits of fruit cut off the fruit that wasn’t good enough to make it into the cans of single fruit.  And another thing, dissecting the cherry into 3 was always problematic.

Actually Cash Casino had a choice of what you could use as proof of purchase, it could have been box tops from Findus Frozen Food and of course it is easier to see if you are about to cook a beef burger or a fish finger, even if they have fallen out of the box, but we didn’t have a freezer. 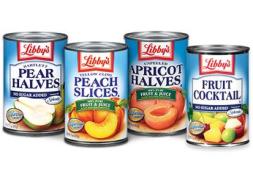 If you thought a lot happened in 1967, get ready 1968 is positively heaving with events, in my world Jim Clark died and I no longer wanted to be a racing driver, I went back wanting to be a drummer, it looked safer, more precisely I wanted to be Micky Dolenz, he made it look easy, but he might have been miming, and he had great hair.  Hair that they never quite managed to tame… Day Dream Believer by the Monkees is the track for 1968.

Britain has its 1st heart transplant patient, and it’s 1st recorded case of sextuplets, Manchester United become the 1st English winners of the European cup.  Coal mining in the Black Country ends, the Ford Escort replaces the Anglia, and the last scheduled steam passenger train in England runs.  It’s the Olympics in Mexico City and Bob Beamon breaks the long jump world record by more than 1/2 a metre, a record that stands for 23 years, and is still the second longest jump in history.  The Winter Olympics take place in Grenoble and Britain failed to win a single medal.  The MCC (England) cricket tour to SA is called off because the South Africans refuse to allow Basil d’ Oliveira to tour and Enoch Powell makes his controversial rivers of blood speech.

Yale University announces its going to admit women, Ronnie and Reggie Kray are arrested in dawn raids and on telly both Dad’s Army and Gardener’s World appear for the 1st time.  A preparatory school in Hammersmith perform the Andrew Lloyd Webber/Tim Rice musical Joseph and the Amazing Technicolor Dreamcoat for the 1st time.  The musical Hair opens in London, one day after the removal of theatre censorship and the 1st Isle of Wight music festival takes place.

In the wider world, the Prague Spring starts – apparently in the middle of winter.  The Vietnam war trudges on and there are riots against it in Paris and outside the American Embassy (Grosvenor Square) in London.  Bobby Kennedy and Martin Luther King are both assassinated and James Earl Ray (Martin Luther King’s killer) makes it all the way to London before he is arrested.