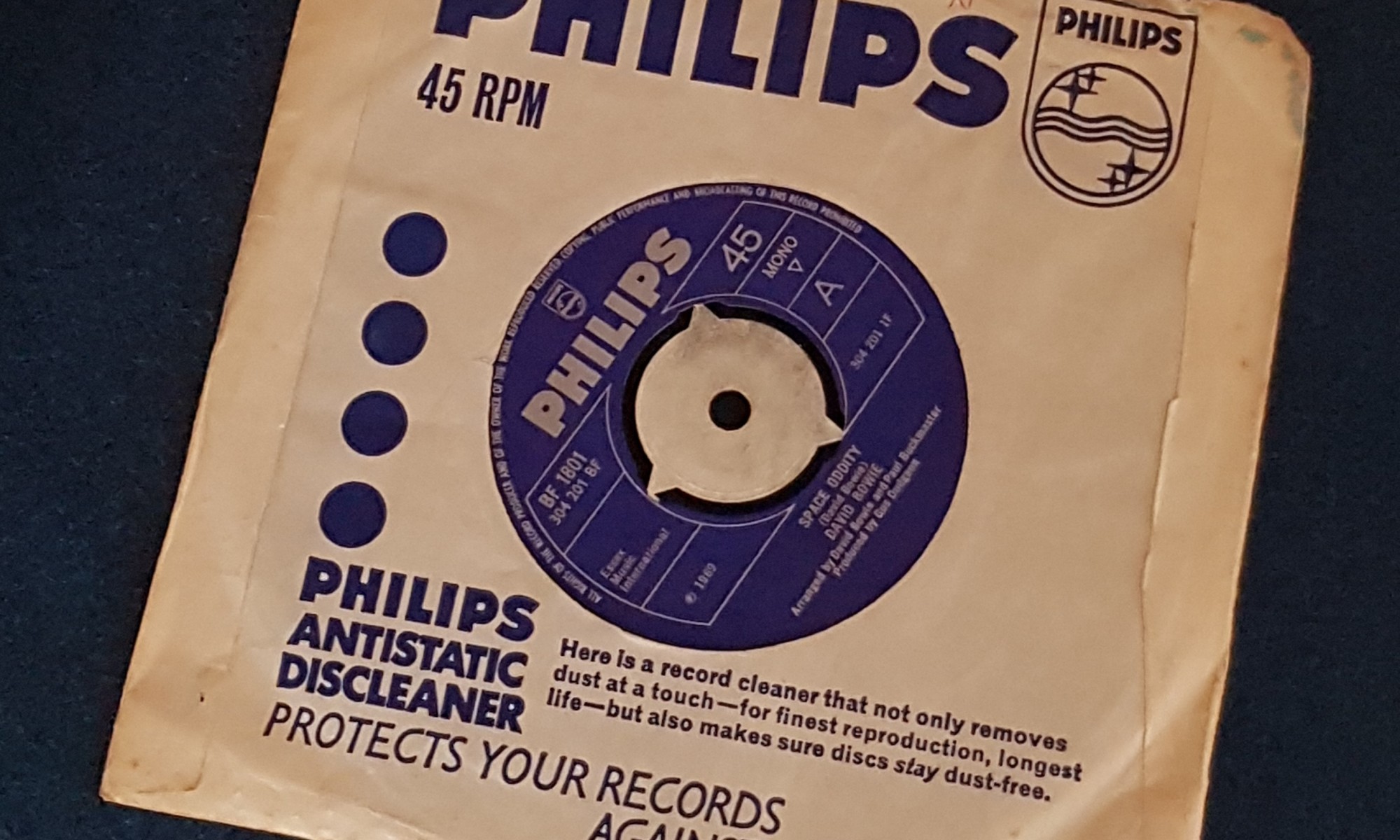 One day in 1969 Mum went out to work and came home with a record player.  I can’t remember what make it was, it was similar to, but wasn’t a Dansette.  It was our first record player – it was covered in green padded vinyl and had a handle on one side for carrying it.   With the record player were 3 singles (My Cherie Amour by Stevie Wonder, Bobbie Gentry’s version of I’ll Never Fall in Love Again and In the Year 2525 – Zager and Evans) and 2 albums – if you can call Music for Pleasure “Hits 67” and “Hits 68” albums.

For those of you that did not have the privilege of meeting the MFP Hits series they were an earlier incarnation of the “Now that’s what I call Music” records except these, like the Top of the Pops albums that followed, weren’t the original “hits” they had been re-recorded by session musicians with someone singing, a bit karaoke like over it.  There is nothing wrong with session musicians they are the unsung heroes of the record industry and often more talented than the original performers, but these recordings just weren’t the real song, the “hit” I’d heard on the radio, and that mattered a lot to me at the time.

I brought my first single Space Oddity by David Bowie, which is my track for 1969 and my first album.  I got Fleetwood Mac’s Pious Bird of Good Omen from the Grattan catalogue which was the 20th century equivalent of shopping online.  I wanted the album because it had the number 1 hit Albatross on it, the rest of the album included the original version of Black Magic Woman and some hard-core blues tracks that were completely inaccessible to the 10-year-old me.  Another piece of “music” I remember from 1969 was Sugar Sugar by the Archies, perhaps I remember it because it was a massive hit marketed straight at me, and I hated it, but then I was buying inpenetrable blues albums and singles by ground-breaking artists, I didn’t have many long conversations about music in the school playground.

The Space Hopper and Raleigh Chopper were introduced, both very interesting modes of transport.  In the skies the 747 Jumbo Jet and Concord make their first test flights.  Troops are sent to Northern Ireland to reinforce the police and Boris Spassky becomes world chess champion. Golda Meir becomes the first female Prime Minister of Israel.  Gaddafi comes to power in Libya by more nefarious means.  The ten-bob note is abolished and we get the new seven sided 50p piece.

The Beatles released Abbey Road and performed together for the final time, on the rooftop of Apple records an impromptu gig that was broken up by the police.  It was a big year for Lulu, she won the Eurovision Song contest and got married to Bee Gee Maurice Gibb – who remembers that?  The Who released their rock opera Tommy.  Scooby Doo, Sesame Street, The Brady Bunch, The Clangers, Pot Black and Monty Python’s Flying Circus all make their first appearances on TV and on the big screen George Lazenby takes over from Sean Connery as James Bond.

There are four manned Apollo missions to the Moon, two of which include lunar landings. I was very excited, I wanted to be an astronaut.  Meanwhile Richard Nixon is sworn in as president, the Vietnam war continues, and the covert bombing of Cambodia starts.  The Woodstock Festival takes place in upstate New York.