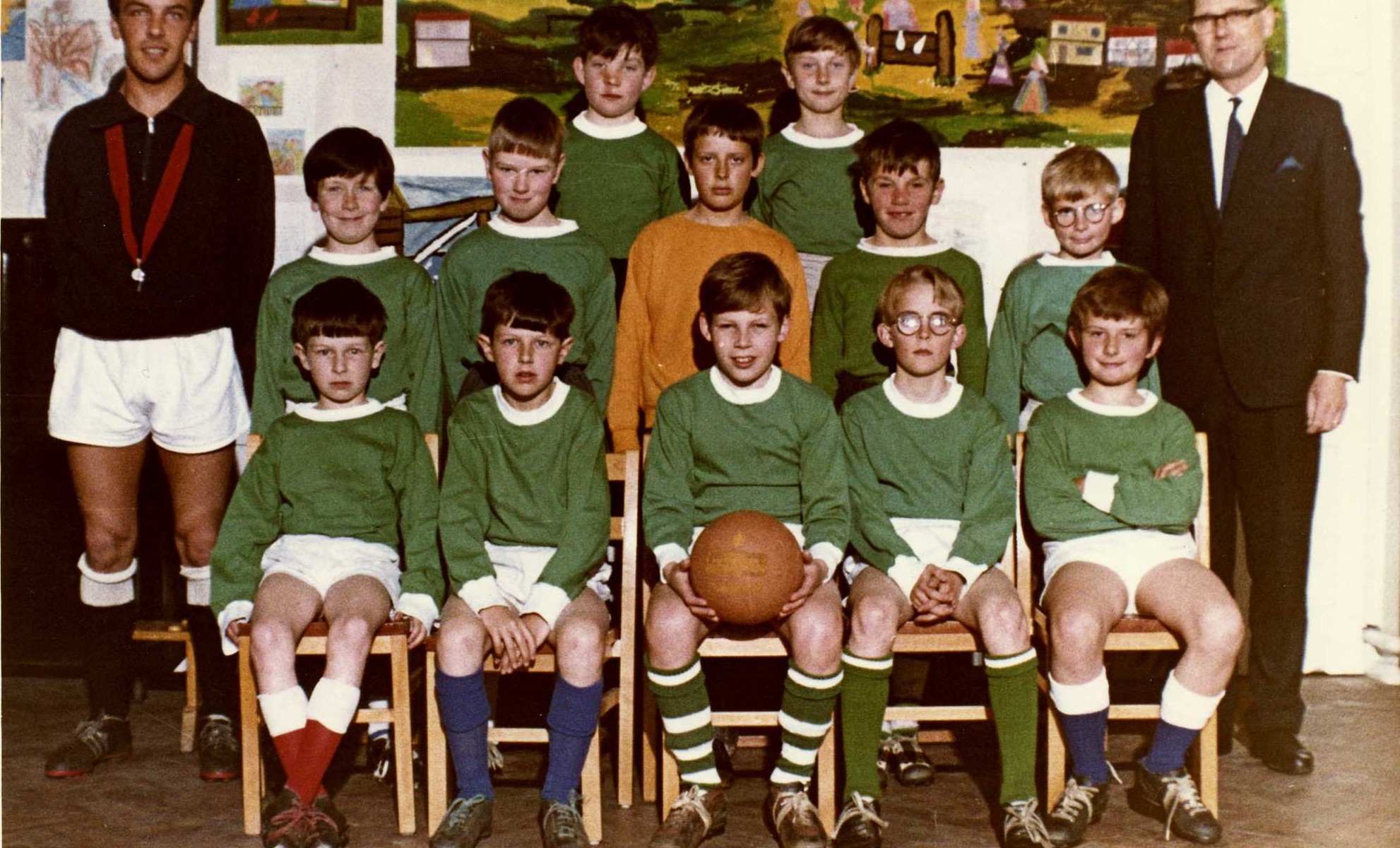 1970 was a year of football, I was in my last year at the village primary school and we managed to scrape together enough boys from the top two years in the school to form a football team.  There was just under a hundred 5 to 11 year-old kids in the school.  So, with all things being equal that should give you about seven boys per year, but the maths never quite worked out like that, the year above us only had three boys and because we lived in the dark ages girls, some of whom were at least as good as – if not better than – us, were not allowed to play. 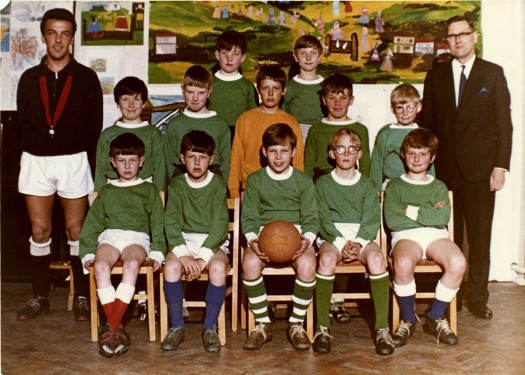 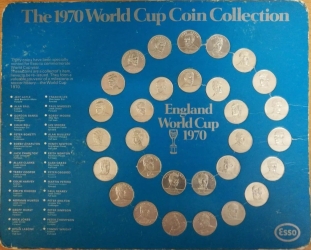 For the first half of the year we were getting very excited about the Mexico World Cup finals, and were trying to collect aluminium coins of the whole England world cup squad.  The coins were given away free every time you got some petrol from Esso stations.  I remember having loads of some players Colin Bell was one of them, and none of others and when the football started we were still a few short.  Despite a loss to Brazil the group stages of the tournament were safely negotiated, then came the quarter-final against West Germany, half way through the second half we were two nil up and cruising, then the wheels fell off and we lost 3-2.  Getting knocked out was a bit of a shock to me, and it changed my eleven-year-old world, we’d always won it when I watched, of course, I know better now.  I consoled myself with the fact that Brazil were brilliant and we would have never beaten them, they went on to win it and got to keep the Jules Rimet trophy.  About three weeks later, a Jeff Astle coin was located and the set was complete, it felt a bit hollow.

Who remembers Back Home on Top of the Pops?  Just like England I couldn’t sing, the school had two choirs the A choir and the B choir.  The B choir consisted of everybody in the school, I was – of course – in that, and the A choir had nearly everybody in, I wasn’t in that, just the two of us were left out.  I don’t remember being that bothered, I think I considered it a badge of honour.  Besides, I didn’t like the endless practising cantatas and being yelled at to “stand up stright, sholders back and fill your lungs” for the inevitable upcoming choral festival.

Just before I started secondary school, there was another holiday to Liverpool and I was taken to see my first live football matches, Everton against Arsenal 2 – 2 and Liverpool 4 Huddersfield 0.  I don’t remember much about the games, probably because I couldn’t see very much, but I do remember standing on the terraces in a big crowd and the rush of excitement when the goals went in.

Some would say I wasn’t very discerning, I prefer “I had eclectic tastes”.  In 1970 the singles I bought were Paranoid by Black Sabbath, Simon and Garfunkel’s Bridge over Troubled Water, Black Night – Deep Purple, and the, “wow what’s that” song of the year Ride a White Swan – T Rex.  It was so different to anything I’d heard, and it is my track for 1970.  That’s my copy defaced with Airfix transfers, I don’t know what American plane didn’t get finished.

Black Sabbath’s eponymous debut album is released, it has come to be regarded as the first true heavy metal album.  600,000 people attend the Isle of Wight music festival, the largest rock festival of all time and about 1500 attend the first Glastonbury Festival.  Jimi Hendrix died, Diana Ross left the Supremes and Mick Jagger is fined £200 for possession of cannabis.

Having started the bombing the year before America invades Cambodia.  In Britain the age of majority is lowered from 21 to 18 and the first general election in which eighteen year olds can vote is held, Edward Heath becomes Prime Minister of the UK.  The first page 3 girl appears in Rupert Murdoch’s Sun and the Goodies starts on BBC2.  Thor Heyerdahl sets sail from Morocco on the papyrus boat Ra II, to sail the Atlantic Ocean, and after the minor mishap of getting lost and the launching of a UN search and rescue mission made it to Barbados.  Ra had had nearly made it the year before it sunk only 100 miles short of the Caribbean islands, I thought that had, proved the point anyway.  Jochen Rindit is killed in a crash at Monza and becomes the first and still only posthumous Formula One champion.  The world population is 3.7 billion, it was nearly 3 less, one of the oxygen tanks on Apollo 13 explodes and the world is on tenterhooks for four days while the crew make running repairs to the damaged craft and return to earth, I no longer wanted to be an astronaut too dangerous…  I wanted to be Mark Bolan.