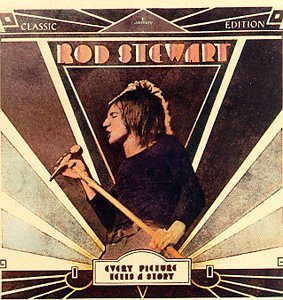 Number 1 in the UK on my 13th birthday and this year’s track is Rod Stewart’s Maggie May how could it not be.  It came out as I was starting my second year at Secondary Modern School which contrary to the oft’ quoted platitude was definitely not the best time of my life.

Life at Secondary Modern School was dominated by hormones, spots, mullets and most particularly bullies not all of whom were sponsored by the state.  All the subjects were either too easy – maths, woodwork, metalwork and tech’ drawing etc, or too hard, anything that involved having to write a sentence and or spell to convey to the world what I had learnt, er that’s everything else… I would miss out bits of sentences or write the same phrase 2 or 3 times, if after a few days I read back what I had written it didn’t look anything like what I thought I’d written and frankly it made no sense at all.

The world was just about waking up to dyslexia in 1971 but it hadn’t made its way to provincial England yet and I certainly hadn’t heard of it.  My Granddad had convinced me that as long as I tried my best the world would accept me as I was.  If I couldn’t spell, well then hey don’t worry about it, I could be good at something else, but it got to me, I wanted to fit in.  I wanted to be just about anybody that wasn’t me, look Mr History Teacher I am not thick, or lazy and I’m not even close to the bottom of your class, but I’m not going to be able to spell “revolutionary” no matter how loud you shout at me.  Inspired by Maggie May I started working out how to get away… I just needed come up with a better plan than steeling a cue and making a living by playing pool.

Now, I see dyslexia as an advantage, you just have to recognise what your strengths are – don’t worry about the weaknesses, the rest of the world will spend their lives telling you what you can’t do – I still can’t get “fortunately” close enough for the spell checker to work out what word it is.  But I can, and always could, do loads of things that people with their brains wired up in the “normal” fashion can’t.  We of course, didn’t know that in 1971 because we weren’t tested on 3D visualisation of 2D drawings.  I think I was in my 40’s before I realised that not everyone could do that!

Decimalisation in the UK 1 new penny = 2.4 old pennies you could now get 20 Black Jack’s for a penny rather than 8 but they were smaller.  It was just an excuse to put the prices up my Grandma said, and I don’t think she was alone.

Apollo 14 makes it to the moon and back in one piece, and the UK opts out of the Space Race, who knew, they were ever in it?  Already separated by nearly 1400 miles Bangladesh splits from Pakistan.  Switzerland gives women voting rights in state elections, what not till 1971?  Backed by America South Vietnamese troops invade Laos.  The world’s first microprocessor, the Intel 4004 is released, and the last Morris Minor is produced.  Both the Victoria line (London underground) and Spaghetti Junction were opened, and Greenpeace is founded.

The then Education Secretary, proposes to end free school milk for children over seven, and in the process gained her long-standing nickname… Milk Snatcher!  Oil overtook coal as the most consumed fuel in Britain for the first time.

In sport Arsenal win the double, showjumper Harvey Smith gets in hot water over a V sign, and the 1st ever 1 day international cricket match is played, Evel Knievel sets a world record and jumps 19 cars… on a motorbike.  Mr Tickle, first of the Mr Men series is released and Blue Peter bury their time capsule.  The film a clockwork orange is released, Jim Morrison is found dead in a bathtub in Paris.

Some things don’t change, the US president (Nixon in this case) declares “War on Drugs”, A bomb explodes in London (this one is at the top of the Post Office Tower) and the UK expels a load of Russian diplomats… and some things do, the UK parliament voted to join the EEC.